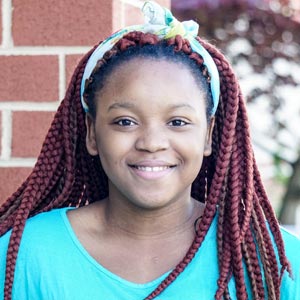 Tosin struggles with lifelong injury caused by somebody she liked very much.

Have you ever heard of or experienced the saying you never really value what you have until you lose it? Yes? I have too and in a big way also. It was 2011 and I lived in Nigeria. I was a very excitable and over-active child.

It all started when I was in 4th grade. I had a crush on a certain boy in my class. It was pretty obvious we liked each other and in an attempt to tease us my teacher made us sit next to each other for the whole year. I liked him because he was really smart and we would compete to top the class. We studied together, went for competitions together, winning prizes for our school, we were really close friends.

On this particular day we were less busy and I was playing a trivia card game with the boy and I won. He was being a sore loser and I was being an obnoxious winner. I was rubbing my victory in his face. He got angry, picked up my water bottle and hit me on my left ear with it. It happened so fast that I didn’t know what to do. I left my seat to another place and didn’t to talk to him or anybody else for the rest of the day. I got home and my ear started to hurt. I told my mom and she gave me some pain-killer and we dismissed it. The next day my ear began to hurt again. This time my mom started to worry but I didn’t tell her what happened at school. I visited the doctor and I remember he asked if I fell on my side or did something to my ear. I had to tell them what happened to me at school. The doctor told my mom that I had a ruptured eardrum. The effect the water bottle had on my ear caused my eardrum to tear and would cause a bit of a problem with hearing. Three days later after my visit to the doctor I had an ear infection. The ear infection was really bad and would hurt at the slightest touch. I didn’t go to school for a week but when I got back to school, he apologized and we were friends again.

It was a month after that and things were back to normal.

It was also a week to the end of the school year and I was really pumped for summer. But on this day, I was feeling really down because I had a really bad migraine and I moved from my seat at the front of the class which I was assigned to and moved to a seat at the corner in the back of the class. My French teacher walked in and started teaching. In the middle of the lesson he noticed I was not at my seat and asked where I was. I reluctantly lifted my hands, and he walked to the back and started yelling at me for not participating. I tried to tell him I had a migraine and going to the nurse didn’t help me feel better. In the middle of my explanation, he picked up the journal in front of me and hit my left ear with it. I was so shocked that I immediately started crying. My classmates knew what was wrong with me tried to explain to my teacher what was wrong with me. If he was scared or remorseful, he was good at hiding it. I remember the drops of blood trickling down my ears as I was sent to the nurse’s office. The nurse had a scowl on her face when she saw me. She asked me if I was the only person at school that was sick. She told me to stop making a mountain out of a molehill. My parents were contacted. As soon as I saw my mom, I started crying. The nurse who was mean to me put on a pretentious attitude, she was acting nice to me. We left my school for the hospital. I remember my mom was trying not to cry on the drive to the hospital.

I spent the last week of the school year at home. My ear was only getting worse.

I thought I would go deaf because I couldn’t hear. I had to communicate through writing. This time my ear did not only hurt at the slightest touch, it would bleed too. Each time I tried to eat, drink water or lie on my sides, I would feel a sharp pain in my ear. Since my ear would hurt each time I ate, I couldn't eat much and I emaciated. I would only go to bed if I wore one of my mom’s big t-shirt. I was no longer my bubbly hyperactive self.

We had already made plans to travel to South Africa for the summer and since I did not want to ruin our plans, I acted like I was feeling better. I thought all the fun would take my mind off the pain. While we were in South Africa I tried to have fun but I could not. My mom decided to take me to a hospital for some tests. When we left the hospital I asked my mom what the doctor told her but she would not tell me.

Two days later after our visit, my mom told me we were going out.

We stopped in front of the hospital and then I knew what was going on. I was going to have surgery. I had overheard my mom talking to my dad on the phone about someone undergoing surgery. I asked my mom if they were going to take the pain away. She said they will and I should not worry about it. What she didn’t say was if the surgery wasn’t successful, I could go deaf in both ears. I was checked in and I have no idea what happened after that. When I opened my eyes I was quickly bombarded with questions of how I was feeling from my mom. I told her I was feeling okay except everything sounded funny.

My mom looked away guiltily. Something was wrong. I poked a finger into my right ear and I could still hear things going on around me. I did the same thing to my left ear but I couldn’t hear a thing. It turned out that the surgery was successful on my left ear but not my right ear. No matter how much I cried or how hard I still try to remain in denial, the fact still remains that I would never hear with my right ear again. 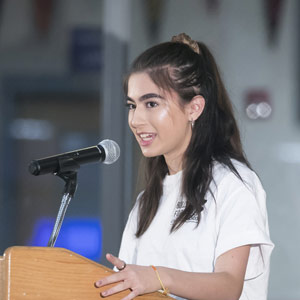 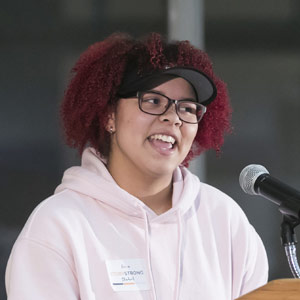 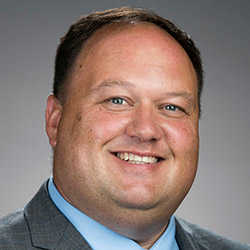 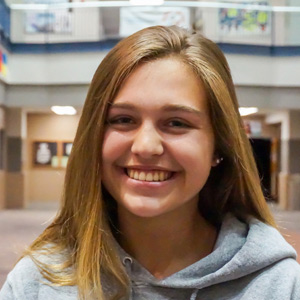